We watch people go berserk over dubious accusations of “racially charged” language, and then, in the next blink, observe the calm manner in which they discuss inner-city murder rates.

There are enormous, frothing mouth and bulging eyed protest rallies after the rare instances of police killings of unarmed young black males; but only quiet townhall meetings to have a “dialogue” about gang violence.

Hysterical people claim Donald Trump’s words are extremely baleful to the psychologies of young minorities, but then, these same people are defensive when it is suggested that Chief Keef’s lyrics aren’t “just music”?

Likewise they panicked and covered their children’s ears after the word “schlonged” was heard in a presidential debate (not ideal, I admit), but then excitedly the same humans went out and bought their kids Beyonce’s new album with lines like “When he f— me good, I take his ass to Red Lobster.” (And who can forget her totally non-Trumpesque line, “he Monica Lewinskied all on my blouse.”)

Hyperventilation transpires over the so-called gender wage gap and the horrors of catcalling, but there is a mere silence and a brief head-shake is given to the 5,000 per annum honor killings and vast problem of female genital mutilation in the African and Muslim world?

Patronizing guffaws for those who state Christ is their Lord and Savior; deep-eyed stares and slow head-nods of understanding when they listen to the adherents of the Prophet confess their faith. Snarky feelings about the Bible are routine as are patient inquiries about the nature of the Koran and its exegesis.

Extreme worry over right-wing Christian militias; a “let’s not make it worse” attitude toward ISIS. Frenzy after hallucinations of the KKK on college campuses; a feeling that the Right is “overreacting” after videotape evidence mass murders by Islamic terrorists.

They feel devastation at the child sweatshops used by large corporations; rather ho-hum feelings about the genocide of Yazidi children in the Islamic State.

Deep-sighs and hand-wringing over Bush’s waterboarding; blank looks or “what’s the big deal” faces when Obama’s droning is broached.^ Is the morality of an action based on the personality of the man who performs the action? Do they think that it is only wrong to kill people when they dislike the man doing the killing? Is this their ludicrous idea of justice?

There are multitudes who shriek about American women being brainwashed into accepting the limitations of being a housewife in a male dominated, Western world. But the same souls will acrimoniously tell you that a woman who wishes to wear a hijab is merely making a personal choice and we should respect that. No way the patriarchal society around her had anything to do with her choice.

There is adoration for a homogenous Europe as a place of true tolerance; but feelings of wrath for a heterogenous America that has genuinely had to navigate the challenges of an authentically diverse society.

A weeping rage when they view American history dating back to the 1700s; a seeming sweet amnesia of what Europe did in the 1940s.

A Mexican draping himself in a Mexican flag as he marches through American cities spawns admiration in the hearts of many in the US; however, an American wrapping himself in his nation’s standard causes those same people to feel apologetically ashamed.

Feelings of righteous exhilaration in seeing a white-owned cake shop being humiliated and nearly shutdown for not serving a gay wedding; and shall we say, a bit less fortitude in doing the same thing to a sometimes homophobic black church?

A flipping out when anyone tries to control any aspect of their social life, or when they believe society “programs” them to work, say, a 9 to 5. Pure joy when the government orchestrates massive programs to take care of all their adult decisions like health care and education.

I could go on and on. And truthfully a similar – though not as extensive list – could be made for those on the other side. For example, a prideful feeling that the Right is not as vulgar as the Left, and of course, their juvenile obsession with Trump’s vulgarities.

But it is the Left who is most guilty of emotional hypocrisy for two reasons: First, the Left suffers from an advanced case of narcissism as well as hero-worship. Of course, they are their own heroes, and obsessed with themselves. Each day they must save the day – and if there is not a building on fire, well, in the morning they must be arsonists, so at night they can put on their capes.

Second, the source of their hypocrisy originates from the fact that any cause they seek to champion cannot put them in a position against any group of people who at one point or another in history were America’s enemies – foreign or domestic. Thus, for instance, the inordinate fixation on current Christianity’s minor peccadilloes compared to the inordinate nonchalance about today’s Islam’s egregious transgressions.

^In fairness, some of my smartest liberals friends were congruent here, and were furious over means and ways of Obama’s droning. But in no way was the general left-leaning public as outraged over Obama’s militarism as they were over Bush’s. 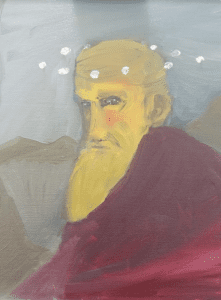 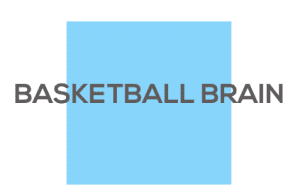 WMDs Aren’t So Bad
The New American Male
Under-Reactionary
This is so Inciting!
The Wolves Shall Eat You Regardless
“Pay-the-Price” Speech (It ain’t free no more)
Imagination of Failure